Building a Dream Team Starts at the Top 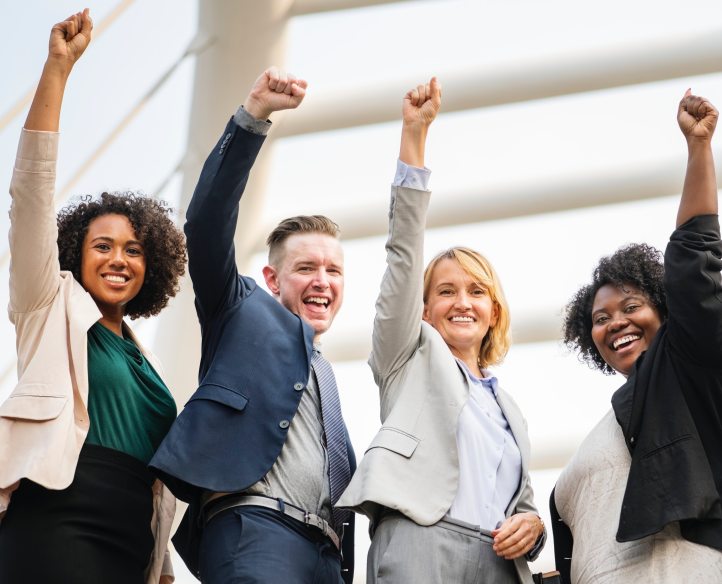 The board is the cream of the crop, and there is an A-list staff to match. Financial and volunteer resources are plentiful. All the elements for success are in place. But the association is not winning. Instead of accomplishing goals, the management team spends their time putting out fires, running interference and quelling frustration. What is the missing ingredient?

An effective organizational culture is that powerful energizer that can mean the difference between progress and stagnation. It’s the invisible, but potent, force that makes the office either a place where employees develop what’s best in themselves and others or a situation so broken that negativity is the most tangible product.

Several CEOs that my business partner and I interviewed for our book, Association 4.0–Positioning for Success in an Era of Disruption, shared their perspectives on how to strengthen relationships and build success. Although the approaches were different, they agreed on one thing. The person who makes or breaks the team, is the person at the top. The CEO’s priorities, strengths, weaknesses and management style reflect across the entire organization.

Establish Trust
When Abe Eshkenazi, CEO at the American Production and Inventory Control Society (APICS), joined the organization, he was faced with a cultural meltdown. There was a disconnect between the board of directors and staff. A lack of trust had eroded communication to the point where decision-making was being impaired. Eshkenazi spent his first six months interviewing former board members to identify the problem. “I knew that if I didn’t fix the relationship issues, there was no future,” he says.

Eshkenazi understood that his first and most challenging priority was healing the rift between the organization’s volunteer leaders and the staff. He was certain that he could get the staff moving forward, but he knew that unless the board was in alignment the needle wouldn’t budge.

Governance had long been the Achilles’ heel for APICS. As a manufacturing association, APICS had taken a page from its professional play book by adopting a channel distribution model for its products and services. Certifications and education courseware were being sold and distributed through independent chapters. Chapters, which were divided into 14 regions across the United States, Canada and Mexico, each had a team of leaders who functioned as “staff.” Although the board knew this cumbersome system had to change, they had been unable to agree on a solution.

Eshkenazi realized that there would be no progress without a culture of trust and accountability. “Today, at APICS we have one rule,” he says. “No surprises. I will never wittingly surprise my board.” Understanding that the entire organization needed to model that behavior, Eshkenazi asked staff to follow the same rule with him and with the committee leaders they support.

Confidence in Eshkenazi’s guidance was also established by quickly addressing several of the board’s priorities. A move from Alexandria, Virginia to Chicago provided an opportunity to do needed staff restructuring. Other improvements included establishing key performance indicators and regular reporting systems for critical operations, such as product development and customer service. An ongoing strategic and operational planning process aligned with budgeting and staff goals was put in place.

One year after Eshkenazi became CEO, the most controversial change occurred. The organization’s 14 regions were restructured into 9 districts. This move reduced the number of geographically-based representatives. As new directors were appointed, the board’s effectiveness and their communication with the staff improved.

Value People
What steps can a new CEO take to establish a healthy board-staff relationship from the start? Gary Shapiro, President and CEO at the Consumer Technology Association (CTA) notes that, “The association model is almost fully broken. It’s composed of thinking that’s very, very old school.” CTA has adopted a more flexible governance style. “We treat the board as important trusted advisors,” says Shapiro. “I seek input when needed. We operate like a start-up, and we thrive on change.

“The relationship that CEOs have with their boards is critical,” Shapiro says. “I have a chart that I share at each annual board orientation. It explains what I do, what the board chair does and what the board does. The board chair doesn’t have the authority to tell me or the employees what to do. The chair’s job is to get consensus to move the organization forward and take action.”

Shapiro believes a good fit begins during the hiring process. Search firms can aid in setting the cultural tone. Candidates should ask questions about how they will be evaluated, how the board defines success and about other process related issues that surround a productive relationship. “This will get you a sense of the organization,” Shapiro says.

Shapiro is also committed to ensuring that his staff feels valued. The association was named one of the Best Places to Work in Virginia for seven consecutive years. A unique benefits program demonstrates to employees that their enthusiasm and talent is appreciated. CTA provides:

Although CTA is steeped in technology, the organization will always be focused on people. “It’s humans making decisions about who they hire, train, promote and award. We are committed to keeping our staff happy, healthy and motivated,” Shapiro says.

Grow Leaders
Peggy Winton, President and CEO at the Association for Intelligent Information Management  (AIIM) makes strengthening her team a top priority. “My personal goal is to make opportunities for the future leaders at AIIM,” she says. “Our organization had been pretty tall and top-heavy. To change that, we came up with a structure that allows for on-demand project work in blended, cross-functional teams. It’s a way to use people’s best talents regardless of their department or responsibility.” Winton also notes that this skill-based, collaborative model is the way Millennials prefer to work. “The success is shared. Nobody feels like they have the entire profit and loss resting solely on their shoulders.”

Helping other women succeed is an especially meaningful piece of Winton’s professional goals. She describes her vision like this, “I wanted to ask how women in this industry could better help each other. We launched a Women in Information subgroup to our community last year. We now have over 2,000 members who are actively involved. We didn’t want it all to focus on technology or industry education. We really wanted to highlight helping other women achieve leadership roles within their organizations, on boards of directors, and within the AIIM community. I hope this will be a pipeline for our own board, and I view my younger staff in that same way. I want to create opportunities for them.”

Start With Yourself
On paper it might sound as though you can build a winning team by following a few simple rules. We all know that nothing involving human emotions is ever easy. But if you’re the leader the best place to start is with yourself:

Creating productive relationships, whether among individuals or groups, requires an ongoing commitment to honesty, fairness and a shared desire for success. Once achieved, a positive organizational culture, will be your association’s most valuable resource.